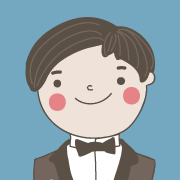 The Ad Board is one of uCoz’s most beloved and used modules because of the useful tools that allow you to create a completely functional advertising board. However, we always strive to improve everything we already have! Let’s see what we have prepared for you in today’s update!

Pin Posts on Top for the Ad Board Module

We have completely revised the work of the “Pin Posts on Top” feature. From now on, this option not only pins ads on top, but also has additional settings:

For example, there are new options that will let you activate the feature for a specific period while publishing the ad:

And while editing, you can either leave the period as it is or modify it to another value.

In addition, the feature is now user group-specific. You can specify which groups will have permissions to pin the ads on top:

Don’t leave yet - we still have more to tell you! Last but not least, we have added a new system code to the “Appearance of entries” template of the Ad Board module:

We’re more than sure that this feature will allow you to create some awesome functionalities in the Ad Board module. We wish you good luck in the development! :)

Here’s some more good news for today: we have received tons of requests, especially from photographers, requesting to increase the size limit of the uploaded images in all modules. Ask and you shall receive! :) The limit has been doubled - from 3 Mb to 6 Mb.

See you next time! We still haven't run out of pleasant surprises! :)